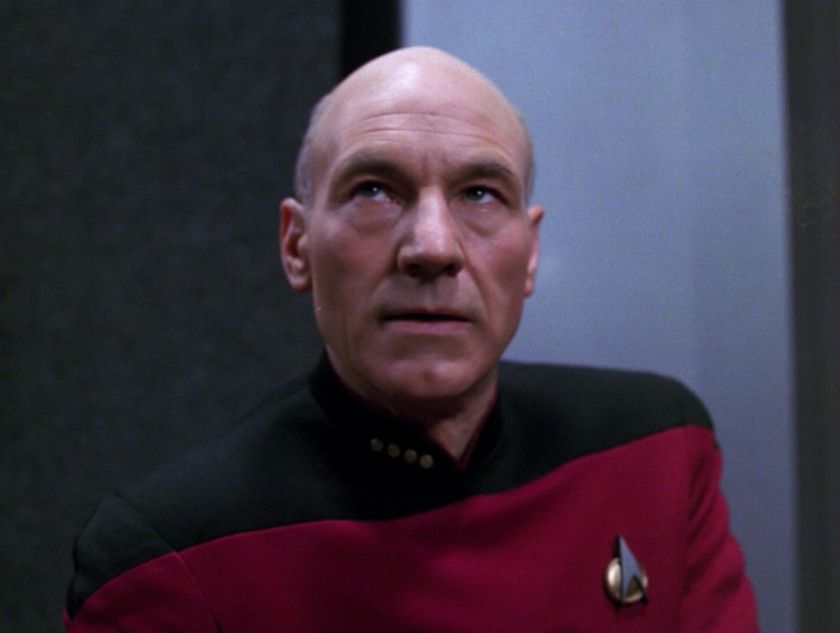 For the next two episodes we get a Picard focus. In this episode, Picard is abducted and replaced with a replacement.  He’s identical in most ways, just a tad less structured with his behavior.  At first no one really notices, pushing off their feelings of him being off as it being a secret mission, but eventually they start noticing some big changes.

I think the person most effected in this episode is Beverly.  Not!Picard asks her out for dinner and attempts to woe her, something that the real Picard would be reluctant to do.  Not because he doesn’t share the same feelings, but because he has set rules for his conduct and dating his CMO would not be allowed.  Beverly likewise is interested but not really wanting to change things up at the moment.  However, when Picard returns and kicks Not!Picard out, she’s the one who has to deal with the memories of the night in question.

Also Picard sings a drinking song, which makes his bridge crew (unlike the rest of the crew) get very concerned.

This wasn’t an episode that really pulled me in, but it wasn’t a bad episode overall.  I feel the motivations behind the alien’s captivity and study of their captives a little vague, as well as their plan with the Enterprise.  Had Riker not made the move to mutiny, would things have ended differently?