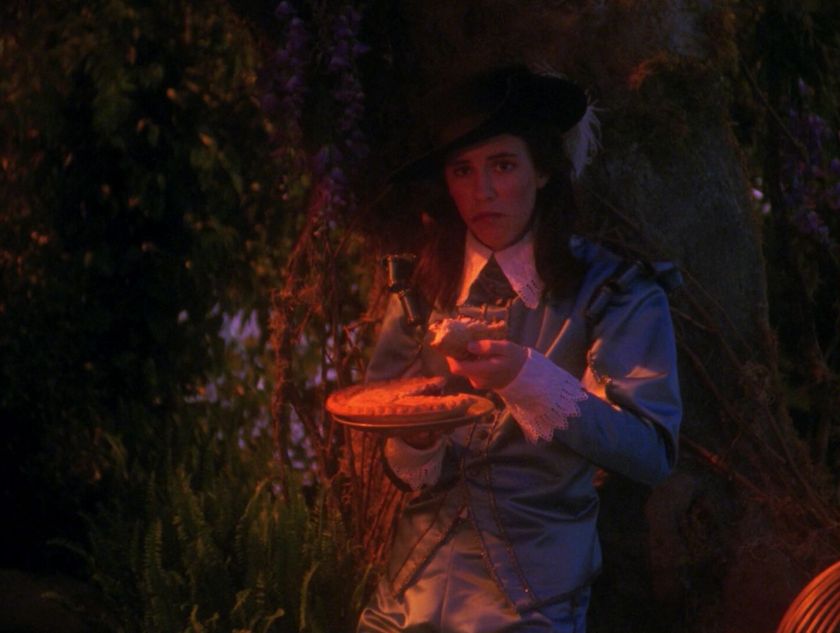 Dwight Schultz – Reginald Barclay.  Barclay is a important minor character, more so for Voyager then TNG.  He’ll return in several episodes in the franchise.
Charley Lang – Duffy. He played Congressman Skinner on The West Wing and was on Days of our Lives.

Reggie Barclay has arrived!  I’m mixed on him, similar to how I am with Q.  I honestly like him better on the other series then his TNG episodes.  This episode in general squicks me for a few reasons.

He creates holographic depictions of his crewmates to relieve his anxiety.  Which makes sense, I suppose. But his creations were not with the consent of the real people, and in Troi’s case he made more then just a caricature. He acts romantically with Beverly and Deanna.

In the very first scene, he acts up, drinking on duty (within his fantasy), being disrespectful to his boss (LaForge) and romancing Deanna. I almost get the whole thing with Riker, he’s probably seen as a challenge to Deanna’s affections, but what did LaForge do other then make him do the job he was supposed to do?  I suppose it’s supposed to make it look like he needs therapy.

On a bridght side, this episode does show a chain in command that they normally skip over.  Barclay isn’t a bridge crew member.  He answers to LaForge as his Chief, who then relays any problems to his own supervisor – which would be Riker.

Ignoring the slightly grey areas of consent, there is the more positive showing of someone with anxiety. I think many of us can relate to not feeling like they are fitting in or having a fear of messing up in front of others. Its nice to see it on the screen by a character.  Especially since Barclay is a reoccurring character, not someone who is one episode and done.  And he’s shown to be good at his job…if not all the particularities.