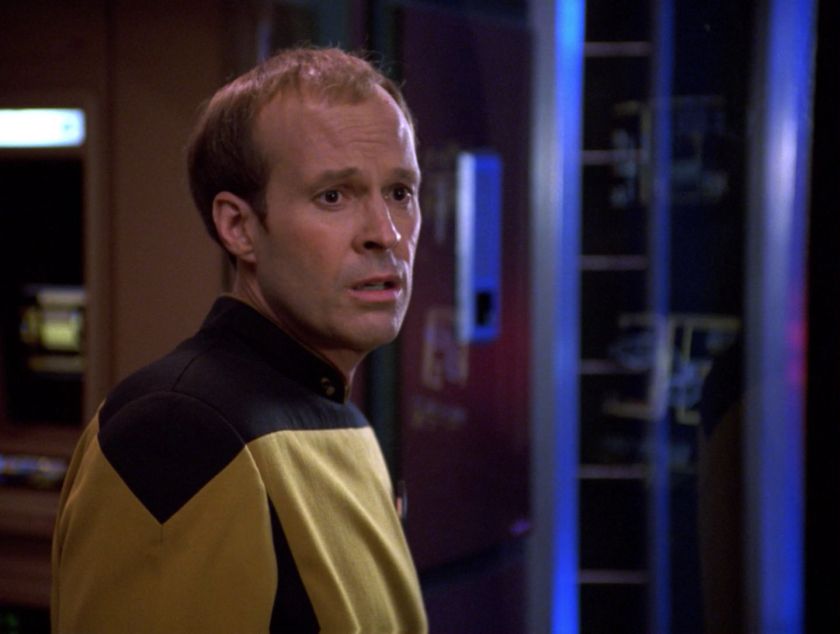 I have to admit I may have identified with Barclay a little too much in this episode.  I have generalized Anxiety disorder, and some of his actions in this episode were a little too close to some of the things I’ve done when my anxiety has gotten out of control.

This episode is a weird way to start a season, but it is an interesting look at transporting and what can go wrong. I don’t consider it that important overall, but it is a good episode.  Its not one of the greats, and I probably would generally forget about it when it wasn’t on my screen.  That being said it is also not a horrible episode that makes me want to skip it.

While looking into background notes for this episode, it was mentioned that McCoy had a transporter phobia. Thinking on it, though, McCoy often used the transporter over the course of the show.  I don’t recall him saying anything about the transporter till the movies came about.  But I could be wrong.