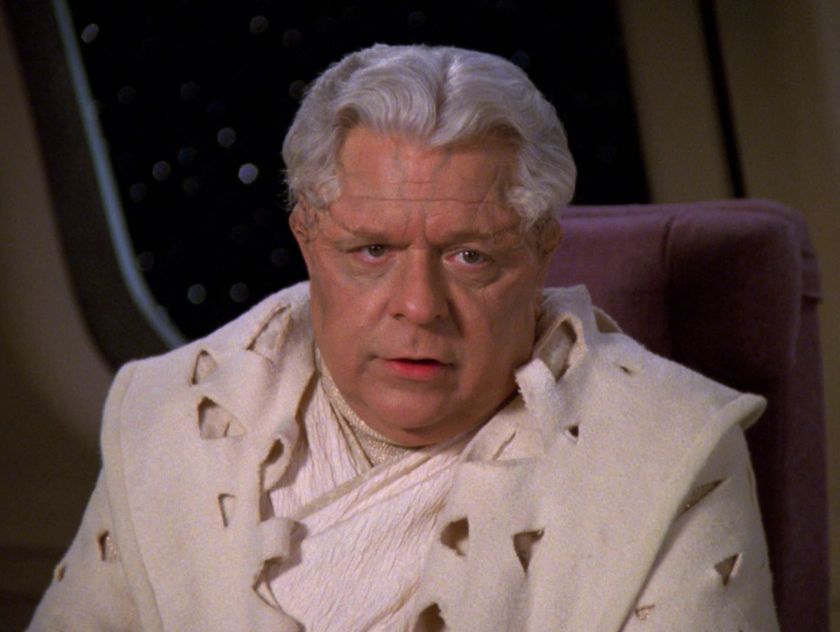 Notable Guest Stars:
It was hard to find any suitablely notable credits for the members of this cast. However several of the appear again in Star Trek or are character actors who play bit parts in many series. I’ll list the main cast.

Ben Lemon (Jev) – Lemon did not have an extensive Credits

I have issues with any episode on rape, especially when the format of TV media makes it hard to have follow through on the various mental health issues that could arise from mental assault like in this episode.   So despite some scenes that were particularly well done by the actors/writers, the overall episode is not a favorite of mine.

In this particular episode, we have a telepathic man by the name of Jev.  The Enterprise is transporting him, his father and a woman named Inad to a planet for memory acheology.  They use their telepathic abilities to help guide people to refind lost memories.  Tarmin, Jev’s father, is a master at the craft, and while boasting about his abilities makes his son feel mocked.  Jev (as we find out later) has a long history of taking his agreession out on others through their memories, bad good or otherwise.

The first victim on the Enterprise is Deanna who has been kind to Jev, commiserating with him on having such a parent.  Deanna leaves his company and goes to get ready for bed.  She finds herself trapped in a memory of a romantic interlude between herself and Will Riker, with Jev taking over and forcing himself on her.  She is found in the morning in a coma.

The second victim is Will Riker.  This time I believe because Jev sees him as a rival.  When Will goes to investigate what happened, he sits down with Jev.  Jev acts insulted at being accused though Will repeats he just wants to know what things happens.  Jev continues to inply things about he and Deanna, annoying Will just a bit.   Jev traps Will in a nightmere where he has to make the decision to close the doors on someone who dies.  Its unclear if this is a memory or perhaps just a stressed out thought that Jev cought onto and forced into the conscious.

Victim 3 is Beverly Crusher, and this I believe is pure coverup.  Beverly is doing medical scans, and research into the comas.  She has noticed the simularlity to one illness, but dismisses it unlike earlier medical professions as far as we can tell.  Jev traps her in the memory of coming to identify her husbands dead body with Picard.

There is some brilliant cinemotraphy and acting in this episode.  So it is definitely a good esisode if you want to study how to use camera angles and techniques to cause emotion.

Two scenes I would like to point out is the scene with Will Riker talking to the comatose Deanna.  Jonathan Frakes did an excellent job there, and you can tell all the love and affection Will still has for Deanna.  Another scene is actually the bookends.  In the first part of the episode, Tarmin is joyfully talking about their abilities and their call in life.  It’s a drastic difference to the end scene where he sits there clearly grieved by both this abomination of his craft and that it was his son.