This weekend is Memorial day weekend.  I wanted to stop for a moment and thank all the men and women who have served this country in its armed forces or diplomatic corp who have worked hard to keep our country free and safe. Thank you for all you have done. 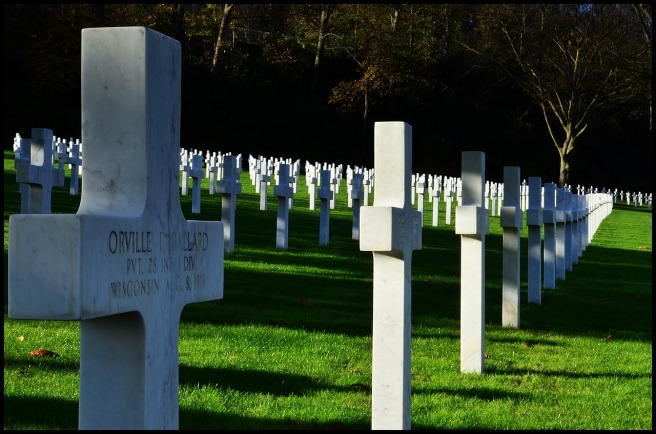 Memorial Day has been celebrated for over a hundred years, developing in the years following the Civil War as a day to pause in remembrance of the men who died during the War. At the time it was called Decoration Day, in reference to the fact that it involved people deocrating the graves of deceased soldiers.

It is not clear where the celebration started (Although Waterloo, NY likes to claim it was them, and others say Charleston, NC) but it soon became something celebrated across the nation.  However,the first purposeful celebration of it happened in Columbus, Georgia, where a group of women decided that on the anniversy of the final surrender of the confederate army, April 26, they should make sure to go out and decorate the graves of vetrans with flowers.  They mailed letters out to various newspapers across the country, and it became a national, abit southern, effort in 1866.

It soon was reported in Northern Papers after the southern women made a point to also decorate the graves of Union soldiers burried in the south and people began to join in on the activities.

On May 5, 1868 General John Logan, who was national Commander of the Grand Army at the time, declared that May 30th would be dedicated to the decoration of graves of those who died for their country.  He choose that day to avoid choosing a date of a battle.   However it wasn’t till 1873 that states started to recognize the day (starting with New York) and it was largely only celebrated on Logan’s date by the North.  Southern States continued to celebrate on dates of their own choosing.

After WWI, the day went from celebrating simply those who died in the civil war to those Americans who died in any war.  In 1971, Congress passed the National Holiday Act and set Memorial Day as a three day weekend, making Memorial Day the last Monday in May as well as making it an offical Federal holiday .  Southern States started to observe Memorial Day after WWI, but also kept seperate days to celebrate those who died as Confederate soldiers.

The Story Behind The First Memorial Day

A thirty-something Graphic Designer and writer who likes to blog about books, movies and History. View all posts by sokorra