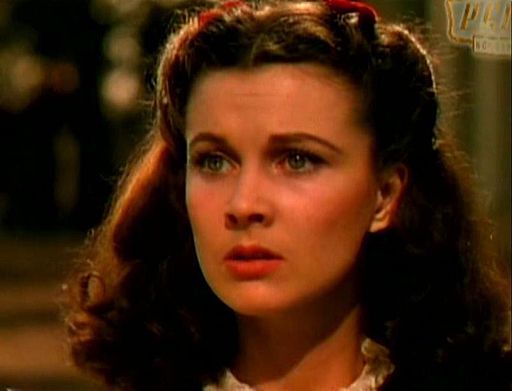 EDIT NOTES:  This post was made several years ago on Bubblews, a site that is no longer online.  I found it while cleaning out some folders on my google drive, and decided to repost it, with some minor grammatical corrections.  According to my file, I wrote this on October 9, 2014, 11:55 AM.  I plan on eventually reading the novel, and rewatching the movie to see if my views still hold true. Also this post doesn’t focus on GWTW portrayal of slavery, which is at times very awkward because of its avoidance of the reality.  This just focuses on their main plot around Scarlet.

On Sunday, I saw Gone With the Wind in Theaters.  It was a great experience, although I hate to tell the movie people that 5 minutes is not enough to allow people to get to the bathroom and/or go to the concession stand to refill their drinks.  Should have been fifteen, but that is not the point of this post. END_OF_DOCUMENT_TOKEN_TO_BE_REPLACED

I am currently reading a novel called PS From Paris by Marc Levy.  Mr. Levy is a French Author, so my edition is an English Translation (and also from Kindle First, so not quite out yet to the non-prime purchasers). It’s the sequel to another novel which was made into the movie “Just like Heaven” starring Reese Witherspoon and Mark Ruffalo. It made me curious.  This is only the third time I knowingly read a book that was translated (I’m sure there were a few in English class I never considered being translated during High School).

My question to you:  Are you more likely, less likely or neutral to read a book that says its been Translated from its native language?  And if you do read translated books, have you ever attempted to read the original language?  Or found it lacking a little due to the translation losing some of the intent?

The last book I read that was translated before this one ended up being a unlikable one, but apparently one that was very popular.  It was called the Glassmaker, and I can’t recall if I posted my review here or on Bubblews (now gone).  This book however is something I am enjoying so far.  It made me wonder if perhaps I limit myself by not searching out books that are translated from other countries.  There are so many stories out there that I may be missing because I don’t come across them.

I’m once again am reading Jane Austin adaptations.  I really enjoy the ones based on Persuasion, which is my favorite of her novels.  This particular novel takes place in Modern England.  Anne Elliot is still Anne, but this time she’s moved away from her family.  She owns a bookshop she bought with her mother’s inheritance, and hangs out a lot with her mother’s side of the family (which takes place of the Musgroves.) She is estranged from her father and sister Roberta, which only gets worse as the book continues.

Frederick is replaced with Freddie, a young writer instead of soldier.  Roberta and Anne’s father talk Anne out of going on a world trip with him and they end up breaking up.  She regrets it, he’s trying to show he’s moved on, just like their literary counterparts.

I enjoyed this book to a point.  At times it seemed to drag on, and some of the related points seemed mixed up which isn’t too much of a problem.   The main problem seems to be that there isn’t much for me to say about it.  It’s not bad, but it’s not spectacular either.  The Author makes a point of reminding you throughout the book that this is a reimagined story, not just another modern version of the same story.  Some of the elements remain the same, but others have changed completely.  The book Persuasion (and other Jane Austen novels) are mentioned through out.

I think my problem was mostly I found it hard to connect with some of the characters.  Anne’s story has perhaps a bit too much sorrow.  The version of Cousin Elliot is a bit too far away from the original.  Most of his motivations are stripped away, and he’s after her Uncle who’s a literary agent. There are also a few scenes with Jane whose age I couldn’t really figure out.  She seems like she’s in her preteens but at the same time seems to be referred to as much younger. Freddie and Anne’s relationship is strained, like the original, but it seems the sudden Happily Ever After is, well, Sudden.  There isn’t so much the anticipation that he’s changed his mind.  Most of the time you are as confused as Anne as to what is going on.

Still, it was enjoyable and I wouldn’t avoid it.  If someone asked me if it was worth reading, I would say sure.  it’s a good rainy day read.  If you like Austen, this story is enjoyable if a bit awkward in parts.  I wouldn’t put it on my greatest reads list, but its alright.

As is the case with many of the books I’ve been getting off Kindle Unlimited they aren’t the best books.  They won’t be put on my re-readable shelf.  I may persue sequels, as I am doing with this one, but not strongly.

Cinder & Ella as you can imagine was inspired by Cinderella. The book gets credit for making an interesting reason why things end up in the arc that does follow the traditional cinderella story.   Its the other parts where it goes off the rails.

Ella, the main character, is a 19 year old girl who was in a car accident and has severe burns that left scaring over her body.  She is somehow declared incompetent and forced to live with the father that abandoned her when she was a child.  Her step-mom and siblings are traditionally insensitive and in some cases outright cruel.

The “Prince” in this story is the titular “Cinder” who is in fact actor Brian Oliver.  The two of them haven’t met, haven’t even given their real names and have fallen for each other.  Brian is currently starring in the movie adaption to their favorite book (where their nicknames come from, although hers has the benefit of being her real name).

The issues with this book is that none of the characters feel particularly sympathetic.  Some are outright caricatures of stereotypes.  The story keeps you reading long enough but I can’t say I stuck around for any of the characters.  I’m hoping that the full length sequel that is coming out soon will improve on that, give characters depth.

The Author did recently publish a reverse POV of a pivotal scene as a anniversary celebration for the two year anniversary of the book’s original publication.  It doesn’t really make me like any of the characters more.  Brian and Kaylee don’t look too good in it, honestly.

I am tenatively giving the full length sequel a chance when it comes out, and the Author as well.  Hopefully they will both improve my expectations.

Claire  LaZebnik has a series of novels that take the general plots of Jane Austen novels and makes modern versions of them.  In the case of Epic Fail she took Pride and Prejudice.  And in a sense, failed herself.

Now the book itself wasn’t horrible.  Let’s start with that.  It was a nice novel for the pre-teen set who like a little romance with their stories.  It doesn’t have overdone love scenes and for the most part is PG.  The only scene where it might be higher is where they discuss a possible sexual assault on a minor character.  I wouldn’t dissuade anyone from reading Epic Fail.  I just wouldn’t be “Oh, you definitely should!” should anyone ask me.

This year I’ve been reading alot of Jane Austen adaptions and variations.  Some are good, most seem to fail the mark in some way, and this one is no different.  Derek and Elise, the modern versions of Darcy and Elizabeth, don’t really feel like they have any connection to their 19th century counterparts.  Some of the structure of the original novel can be seen, but for the most part, I would say this was more an inspired by then a true modernization.   The characters seem to fill the slots but don’t really have much of the rest of it.  I do however like that this book took Kitty Bennet/Kitty Benton and gave her a personality.

So I’m going to give it a B-.  It’s a nice rainy day read, easy to digest and nothing that will make you want to throw the book out the window.  However, it’s not Jane Austen really.

END_OF_DOCUMENT_TOKEN_TO_BE_REPLACED

Title: Once Upon A Second Chance
Author:Marian Vere
Publication date: 2012

I actually read this in one sitting.  I was having trouble sleeping, so I decided to read.  The book I was reading turned out to be, well, horrible, and I couldn’t finish it.  I instead went to the  online store and I stumbled upon this one which is based on Persuasion.  That’s always a good point for me, as that’s one of my favorite books, and definitely my favorite Austen.

The book follows Julia, a financial advisor slash administrative assistant.  She was partially raised by her older sister Lisa (Who I assume is taking the role Lady Russell plays in the original) who encouraged her to end an engagement after they had only been dating a few months.

8 years later they meet again when Nick, the ex-fiancee, shows up at her firm and gets assigned her team.  Julia’s best friend, Bree (the Louisa of the book) soon finds herself infatuated with Nick much to Julia’s discomfort.

I actually like this book.  It remains unique while taking on the vague outline of Persuasion.  If you’ve read the book you can pick out the references, but if you haven’t, its not going to feel old, or like they are trying too hard, which sometimes happens when someone tries to make a modern adaption of an older book.

Its also relatively inexpensive right now, only $3 for your kindle when the usual going rate is about $8.